Basic Income in France: Bringing UBI back to the centre of political debate 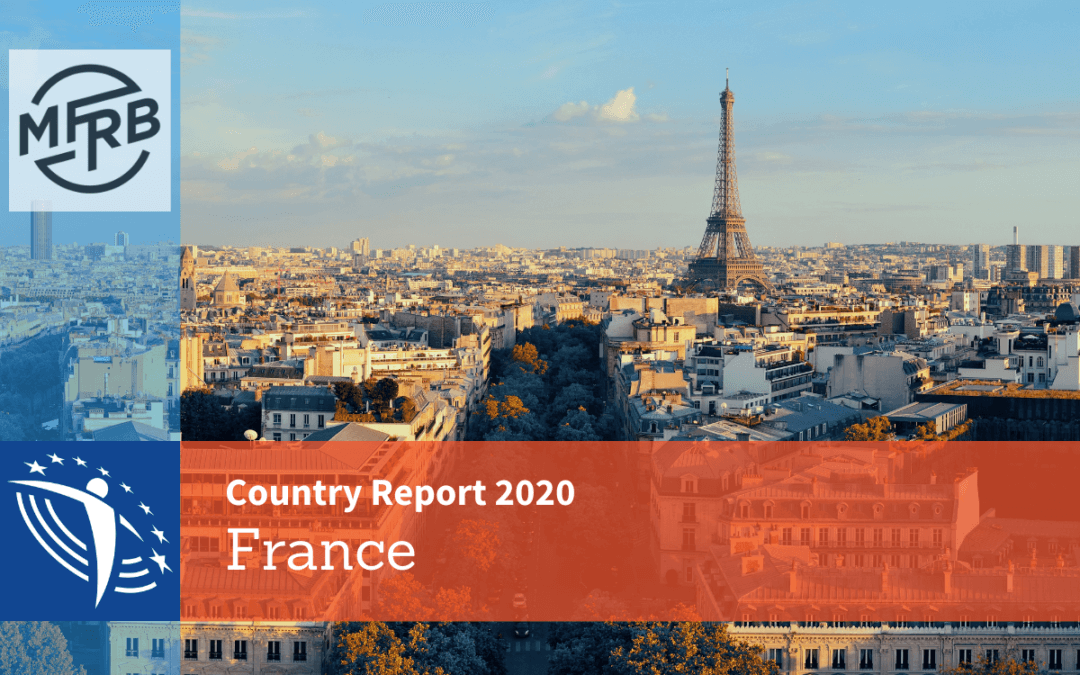 The state of play of the Basic Income debate in France is very linked to its social and political context. France possesses a strong welfare system, the Social Security, created at the end of the 2nd world war by a coalition of several political groups, going from the communist party to the right wing. In addition to that, the SMIC (minimum salary) was introduced in 1950 and RMI, which then became RSA: a guaranteed minimum income for those who have no other income in 1989.

For BI advocates in France, Basic Income would just be the continuity or the achievement of this welfare system.

In the second part of 2016, Benoît Hamon, from the Socialist Party (PS), launched his  campaign for the presidential elections with basic income as a pillar of his program. He surprised a lot of people when he won the primary elections of the leftwing parties over bigger candidates in January 2017. However, most of these candidates didn’t play fair: instead of supporting his campaign, some of them joined a new coalition of left and right created by Emmanuel Macron.

Benoit Hamon eventually lost the presidential elections with a very low score (6,35%) and Emmanuel Macron was elected president. Benoit Hamon, feeling that he had been betrayed by his own, resigned from the Socialist Party to create a citizen movement (“Génération.s”).

In the meantime, the Gironde department (administrative division in France) began to think about experimenting Basic Income on its territory. Since June 2018, several other departments have followed its example. This “basic income experiment” is not a real basic income however, it only consists in the automatization of the current “minimum guaranteed income” (RSA) but with no condition of seeking a job. Nevertheless, its amount is related to the other incomes a receiving household could earn.

There are now 24 departments, all steered by the Socialist Party, asking to experiment Basic Income on their territory, a claim which has been rejected in 2019 by the Parliament.

In September 2018, Emmanuel Macron presented his Poverty Plan in which the RSA (minimum guaranteed income) would be replaced by the “RUA”, Revenu Universel d’Activité (which can be translated as “Universal Basic Income for Activity”). Of course this RUA is not a real basic income but merely an improvement of the RSA, minimum guaranteed system, or supposed to be. Indeed, one can even see it as a regression in our welfare system, as the new RUA would be given only if the person can prove she is looking for a job.

The interesting fact here is the use by Emmanuel Macron of the words “universal basic income” to name his new measure, which is a sign that this idea is getting more and more popular in France.

The Poverty Plan and the RUA have not yet been put into action and might not be before the end of Emmanuel Macron’s presidency : several important subjects were put on the table in the meantime (first the reform of the pension system, then the Covid crisis).

The consequences of the Covid crisis

The pandemic is having a big impact in France. During the first lockdown (March to May 2020), a lot of people began to think about the real social usefulness of their work, and about the fact that the essential jobs (nurses, cashiers, garbage collectors) were actually low-wage jobs.

The Covid crisis also revealed the weaknesses of our welfare system, as it is well adapted for people employed in a medium or large city by a company for a long duration but not for independent jobs, part-time jobs, people switching from one activity to the other.

Still, the events of 2020 had a positive effect on some basic income propositions :

Strategy of our organization

For our organization, MFRB (Mouvement Français pour un Revenu de Base), a basic income could be summarized as a right : universal, unconditional, individual and which doesn’t weaken the current social security system.

In the current context, our message is spread in a narrow interval of the political spectrum. On one side, to the right and the center, where the temptation of imposing the conditionality for “social assistance” is strong and where the social security had to be reduced or at least “strongly reformed” for increasing the efficiency of the functioning of the state and labor market. On the other side, to the “work value” left, where basic income is considered as the “trojan horse of capitalism”, and where the system of social security should be extended to everyone, in other terms, where everyone should have a full time job for having a viable solution against poverty.

Thus, we can consider that our organization stands on at least two huge fault lines which aren’t right/left anymore and which structure currently the social debate in France : reformists vs. revolutionaries and “work value society” vs. “sustainability”.

This situation has created a lot of divisions in our association which has been founded to be the largest union possible to promote the concept of BI and to try to entrench it in legislation. The problem is simple: what should contain the right we would instore?  There is no easy answer as long as these fault lines debates aren’t settled.

Since 2018, we have been experiencing some problems of positioning in our organization. In 2013, when the MFRB was created, the idea was to be a common platform where every BI advocate from every political background could join and take part in the popularization of the idea. Now, our active members are expected to conceive desirable legislation containing BI mechanisms. But this requires us to clarify the social and legislative environment where our BI should be applied. An internal work has begun to reposition our movement and should be finished by the end of the 1st semester.

Other Basic Income advocates in France

The party Europe Ecologie Les Verts (EELV) is one of the main supporters as BI is present in their political programs since the 90’s, but it generally doesn’t promote the idea vividly during election campaigns. Nevertheless, they push forward the basic income agenda by submitting important reports in the parliament and organizing conferences. Local elected members promote the idea of experimentation: for example, the former mayor (currently member of the European parliament) of Grande Synthe, neighboring city of Dunkirk in north of France.

The degrowth movements are also strongly favorable to BI. They see this reform as a means to reduce consumption and build a more sustainable and democratic society. Some current organizations which are looking for popularizing the BI idea have been created in the ecologist and “degrowth” sphere. For example, “Monrevenudebase” is the local equivalent of the “Mein Grundeinkommen” initiative in Berlin. Using a raffle system financed by crowdfunding for picking someone among the volunteers who will receive a 1000€ “basic income”.

To the left, the party Génération.s has been created in 2017 after the presidential election by Benoit Hamon and defends BI as one of his main propositions. For the moment, Génération.s is a small party, who needs coalitions (generally with the ecologists or socialists), to get seats in representative institutions. They still defend the idea, notably in the city counsel of Paris, by asking for pilots.

Some other parties and labor unions remain very committed to the “work value” and employment for everyone. They prefer the theory of “Salaire à vie” which promotes an extension to everyone of a new social security contribution and a public servant status. If the philosophical basis of this theory is quite the same as BI, it defines an explicit model of society where the left feels more comfortable in France.

To the center right, the organizations “AIRE” and “Génération Libre” actively support the “Liber”, a low amount basic income financed by a flat tax and which should reunite in one income most of the existing family allowances. They advise some institutions and politicians, notably the parliament of Corsica.

To the right, only a reduced number of politicians are favorable to BI but some think thanks are studying the idea like the young entrepreneurs organization which sees in BI an opportunity for innovators to start new companies.

To the far-right, more and more articles speak about BI as a solution for the Nation. But the mechanisms of “Basic Income” they suggest are generally not universal nor unconditional and reserved only to the “true French people”.

In this context, the ECI campaign is an opportunity for us to reconnect with every tendency of BI advocates in Europe, an occasion to explore the similarities in the political situation in the other countries and maybe a chance to find their ideas and support to overcome our current issues.