Basic Income in the UK: Pilots on the horizon 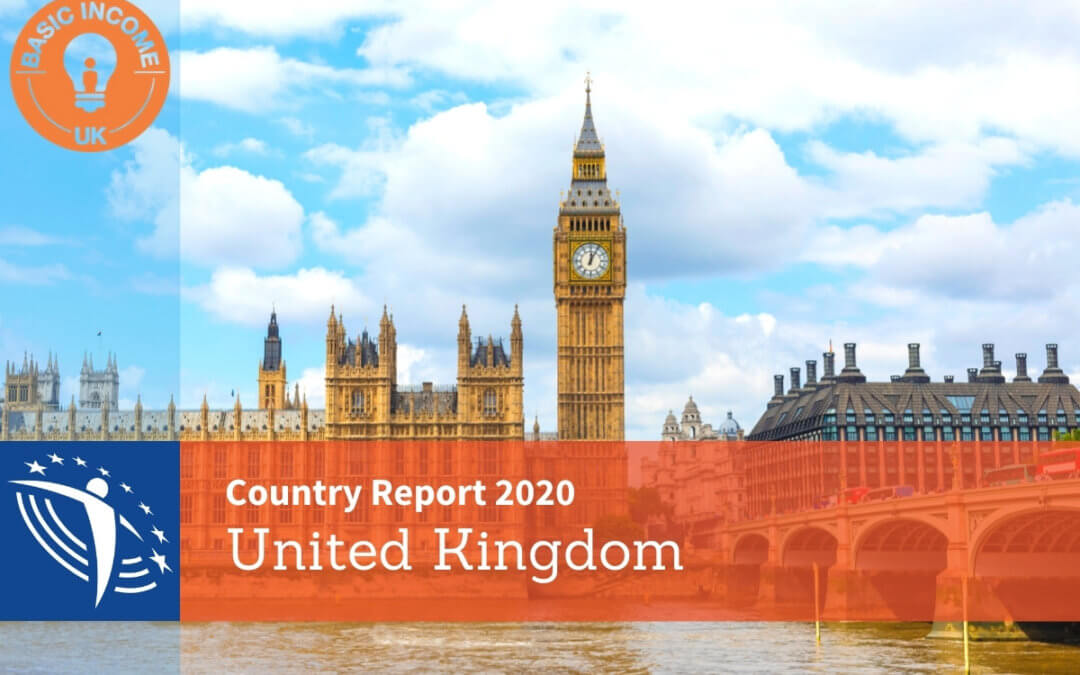 A report by Barb Jacobson from Basic Income UK

In the UK we have seen a massive rise in interest and activity around basic income, whether emergency, recovery, permanent, or pilots.

Part of this is due to the holes in our social security net exposed and amplified by the COVID crisis. The other part though is due to a massive expansion in capacity via having paid people in both the UBI Lab network and the new Basic Income Conversation able to do consistent work along with volunteers.

Out of this activity there is now a large grouping of national and local politicians (over 500) around UBI, which meets about every two months. We attempt to get members of all these groups together at least once a month to share information and set a direction for activity. However, one group is still missing, Organise, which has become keen on basic income and helped to collect over 20k statements from people about the difference basic income would make to their lives, recorded on this map by the UBI Lab Network.

We now have 17 city councils and the Welsh Senned (regional parliament) having approved motions calling on the government to allow them to do pilots in their areas.

We now have 17 city councils and the Welsh Senned (regional parliament) having approved motions calling on the government to allow them to do pilots in their areas. These pilots, as the very thorough Scottish Feasibility study showed, would have to be approved by the central government which is still defending the current system. And we have yet to decide what to do in terms of stitching all these demands for pilots together into a force which will get them done. We are also in the odd position of politicians from the weaker parties putting forward motions off their own bat without local popular support shown via either a petition or a letter. Most of these fail because they don’t get cross-party support, although at both Oxford and Islington Councils they succeeded through cross party work. There is a fantastic masterclass about this given by Cllr Paddy Brown in Northern Ireland here. And a list of councils and motions here.

This year, we did several online meetings available on our YouTube page among which a conversation with Guy Standing about his activism and the future of the Basic Income movement.

The other win has been to get the Musicians Union and other artists to support basic income, especially the Massive Attack video using Guy Standing’s words last summer.

We participated in the Basic Income March on 19 September with leafletting and talking to people near a large market. This inspired a couple of other live events in London and Brighton in the next month afterwards. We’re really aching to get out offline, and also reach people/groups outside the basic income bubble. We look forward to doing more work on this next year despite having to have meetings online still.

What has not been accomplished this year has been to get more other civil society groups to publicly support basic income, especially anti-poverty groups like the Joseph Rowntree Foundation or the Resolution Foundation, which are very influential. The other missing group is the people who have falling through the nets over this year, who call themselves ‘Excluded UK’ – like the think tanks, and unions, many of their members support basic income but their leaderships do not. So maybe this is just a matter of time.