Fighting against poverty and precarity in Europe: What is the proposal of European basic income advocates ? 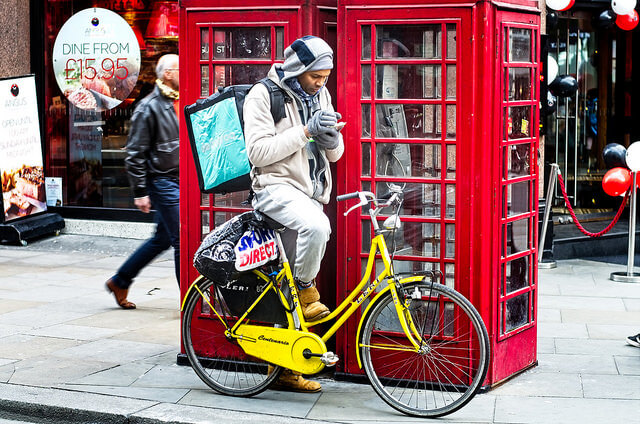 How can the EU provide an answer to the upheavals of the labour market? While 40% of employers have difficulty finding candidates with the appropriate skills, precarious employment continues to rise. The next European elections are in May, 2019. It’s time to put basic income on the agenda. How to prepare for the debate with candidates?

Aurélie Hampel, a member of Unconditional Basic Income Europe (UBIE), gives us some hints. She is coordinating a delegation of 20 young Europeans for the major European Youth Event in Strasbourg which will take place in the European Parliament in June to promote Universal and European Basic Income. She has just launched a crowdfunding campaign to finance this journey and explains the reasons for supporting this project.

A growing precarity within the EU

Let us begin with some shocking figures: 1 person in 4 in the EU is in a state of poverty or social exclusion (Eurostat, on 2015). Although the unemployment rate fell slightly since 2013, it is concentrated largely among young people  (who make up 3,7 million of the total 18.4 million unemployed people), whereas the number of working poor did not stop increasing. Finally, since the last economic and financial crisis the disparity between and within Member states has grown.

We have a common challenge in all countries of Europe: make a success of the transition of the 4th industrial revolution. With increased automation, digital communication and use of robots, the world of work, for better or worse, is undergoing an unprecedented transformation. Beyond the automated jobs, there is the problem of the distribution of profits that the use of technology brings: productivity gains, due to the work of machines, are not translated into increased wages, but instead mainly benefit the owners of capital.

But the challenges are not only connected to technological development. Europe is also going through big demographic changes, while the labor market imposes ever more flexibility, bringing to the fore new types of employment contracts as well as new atypical forms of employment which are less well protected. All of this is coupled with the current problems with the systems of social welfare which we can see, to various degrees, in the member states of the Union: in particular the rate of non take-up of social benefits (35% in France or 65% in Luxembourg, 70% in the UK and 80% in Spain), inadequate amounts, insufficient coverage, as well as the real or perceived  stigmatisation experienced by welfare recipients and job-seekers who are treated as second-class citizens.

In addition to the combination of these various effects – in particular the increased integration of a globalised labour market, a more flexible labour market, the automation and financialisation of the economy – we see an emerging precariat (a neologism that combines  “precarious” and “proletariat”). This refers to a new heterogeneous class of individuals marked by chronic economic insecurity, a lack of access to long-term employment prospects in the labor market and a  restriction of the right to social-security.

All this  increases the risk of poverty and social exclusion, as well as increasing precarity, this justifies the need for a basic income to assure the economic security essential for human existence. Therefore a UBI is justified not only as a response to the automation of an increasing number of jobs, it is necessary to confront the economic insecurity and the social exclusion that this engenders. That is why it is important to guarantee a common basis such as the universal income, to guarantee decent living conditions, regardless of a person’s status.

If we are ambitious, we can, as a result, improve the quality of work as well as the balance between private and professional life. And by allowing the choice to reduce work time, thanks to the guaranteed income, a UBI could also lead to a better distribution of jobs.

A need for new skills to meet the challenges of the changing world of work.

The digitalisation and the automation of the economy only increase the need to develop new skills. According to a recent communication of the European Commission:

The basic income should not be seen as a cost but as an investment in the future of  European citizens. A UBI would allow people to allocate more time to learning (tertiary education, sabbatical years, shorter working hours), and pass more easily from the professional world to the development of additional skills. Time is a rare resource and is not accessible to the most vulnerable people. Neither age, family circumstances, nor geographical location should be an obstacle for people to realise such projects.

Towards a social Europe and a real European citizenship

Confronting the significance of these economic and social problems and given the scale of the challenge associated with technological progress, UBIE promotes, among its proposals, the idea of a European basic income. It is a Euro-Dividend meant to develop a fairer, more stable and more effective social model for the whole European Union.

Paid monthly to all European citizens, and at a modest amount (200 euros on average and modulated according to the standard of living in every member state), a Euro-Dividend is complementary to the introduction of a national basic income. It constitutes a systematic support by the EU of the social policy of its member states. A Euro-Dividend addresses four major priorities:

Finally, even established in a modest amount, the Euro-Dividend would be an actual realisation of European citizenship and establish a “social Europe” at several levels where national solidarity and Pan-European solidarity are mutually strengthened.

In June, we will be in the European Parliament of Strasbourg 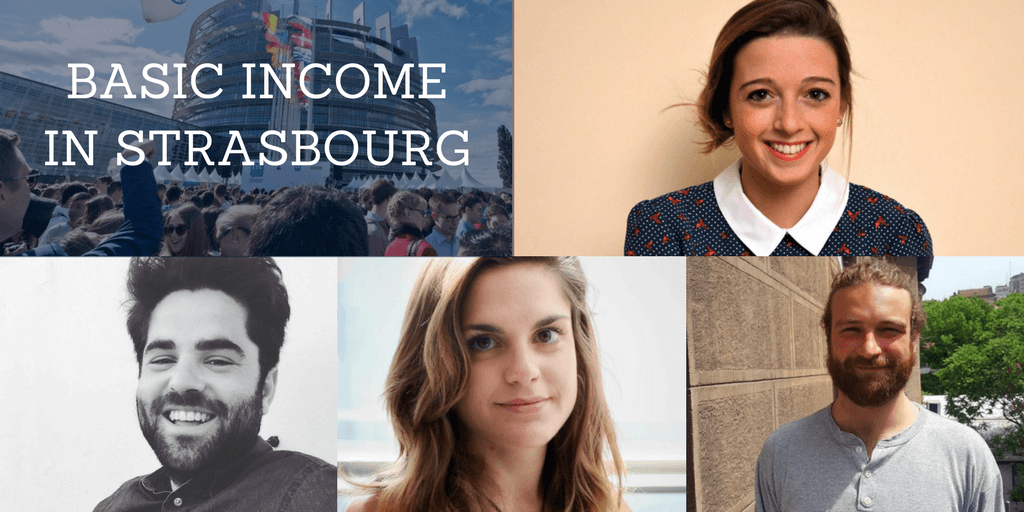 UBIE was invited to take part in the Round Table “Basic income: the return of Robin Hood?” It is organised by the European parliament, within the framework of a big youth event “European Youth Event 2018” ( EYE2018). On this occasion, more than 8,000 young people will be present from many diverse organisations, in addition to members of the European Parliament and important European decision-makers. Five big themes will be represented through various activities: the digital revolution, inequality, European citizenship, security, as well as the protection of the planet.

It is important to engage in more dialogue in the political sphere and with organisations of civil society, to show that solutions are already there. The Euro-Dividend, the Agrarian Basic Income, the Eco Basic Income or even the EU child basic income, are proposals which we have developed at the European level to tackle these various challenges.

With UBIE, we decided to gather a group of 20 young people from 10 nationalities to take this message to Strasbourg. It will be a singular experience of European citizenship!

How to support this action?

We need your help as supporters of the basic income to finance this journey.

By sharing this article or by donating 5€, 30€ or more on our  GoFundMe campaign, you will help us to carry this message to where it can make a difference. We’re counting on you!

What will cover the donations?
We will be part of the activities in Strasbourg from Thursday 31, May to Sunday 3 June 2018.
30€ supports a night for one participant
150€ is the average travel cost per participant
500€ would help print booklets
1000€ enables to book a room to run workshops on Sunday

Every contribution matters, even 5€. Thanks for your support!