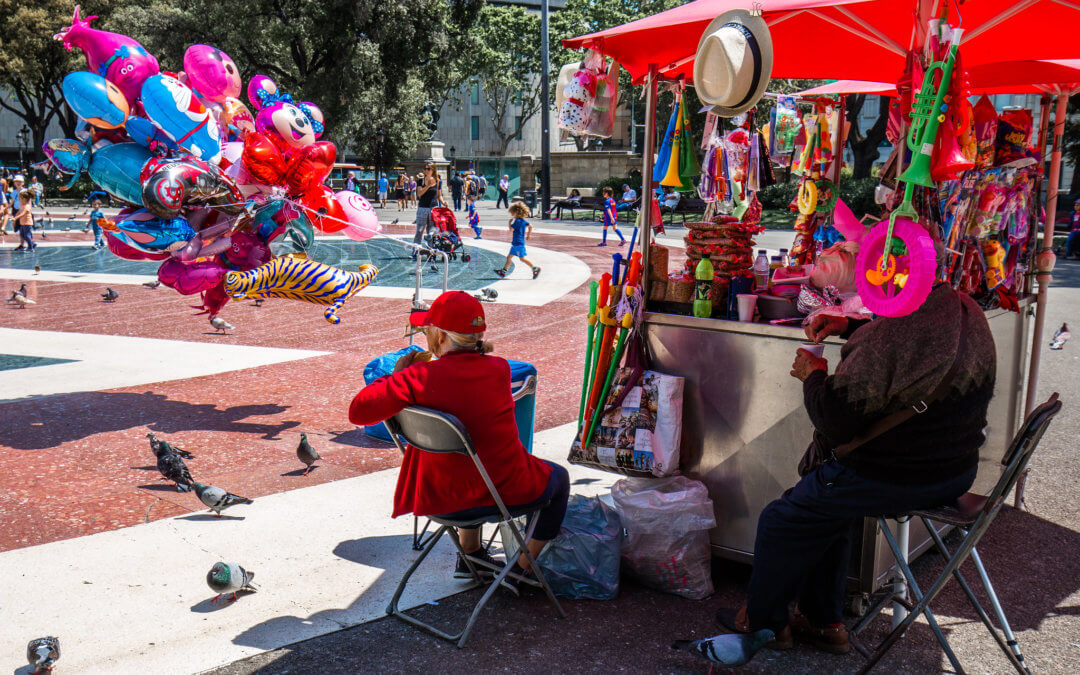 The city of Barcelona released first results of its pilot project with the aim of reducing poverty and social exclusion in highly vulnerable groups. The B-MINCOME project combined a guaranteed minimum income scheme with active social policies in Barcelona’s deprived urban areas. An initial report published July 2019 on the results of its first operational year (2017-2018) shows some evidence to be optimistic.

The experiment began in October 2017 and is due to finish at the end of 2019. During these 24 months, and based on a Randomised Control Trial model, 1,000 households randomly selected from three of the city’s poorest districts (Nou Barris, Sant Andreu and Sant Martí) have been receiving a maximum cash transfer of €1,675 a month.

Of these 1,000 households, 550 have also taken part in four active-inclusion policies which the project has set up: one for training and employment; one of fostering entrepreneurship in the social, solidarity and cooperative economy; one with grants for refurbishing flats in order to rent out rooms; and one involving community participation.

What makes this project so innovative is that it combines four modalities of participation:

Apart from reducing poverty and fostering personal autonomy, the B-MINCOME’s overall objective is to test which modality of income transfer is the most effective (in relation to the results obtained) and the most efficient (in relation to the cost of implementation). This experiment or pilot project is therefore an initial step towards implementing a municipal income-transfer system which should be consolidated in the near future.

In line with the results obtained in similar experiments, such as the one in Manitoba during the 1970s, the Finish one, the one suddenly cancelled in Ontario and those that are now coming to a close in various Dutch cities, such as Utrecht, the report published by Barcelona City Council shows very positive quantitative results.

For example, an 11% average increase in general well-being or a 1.4% increase in economic well-being. It also shows an 8% reduction in the severe material privation index, and a reduction of up to 18% in worrying about not having enough food.

It is also worth noting the 3% average reduction in the need to get money through means other than employment (e.g. by renting out rooms, a problem that especially affects the city of Barcelona) or the decreasing trend in developing mental illnesses and an improved quality of sleep, by 10% and 1% respectively –two results associated with a reduction in the financial stress suffered by these families.

Furthermore, the qualitative and ethnographic evaluation of the project also reveals positive impacts, such as an increase of nearly 28% in happiness and general satisfaction with life, as well as a significant increase in engagement with and participation in neighbourhood and community life.

However, the report does not detect statistically significant changes in housing insecurity or in the households’ ability to cope with unexpected expenses (although this cash-transfer is not designed to make saving possible but basically to meet basic expenses). Furthermore, no significant results have been observed regarding work placement or in other dimensions related to employment.

This result was expected and in line with other similar experiments, which also confirms the initial hypotheses: people in the Conditioned modality experienced a “lock-in effect”, as their (compulsory) participation in the active policies may have meant they had less time to look for work. Most participants were suffering from a high degree of exclusion or job precariousness prior to the start of the project. It was therefore unrealistic to expect ambitious results in this sense.

All in all, this report only contains the results obtained during the first year of the project, and hence, we must wait until the publication of the definitive results (at the beginning of 2020) in order to definitively evaluate the overall effectiveness and efficiency of the project. Given the highly vulnerable profile of the recipients and that the report examines only one year of implementation, the results obtained enable the project team to be quite optimistic.

The results at the end of the project are expected to be more significant and consistent from a statistical perspective, and even more positive and encouraging from a substantive point of view, i.e. in improving beneficiaries’ quality of life, in increasing their freedom and autonomy, and in reducing their dependence on other public subsidies.

Bru Laín (bru.lain@ub.edu) is Affiliate Professor of Sociology (University of Barcelona), researcher at the B-MINCOME project, and Secretary of the Spanish Basic Income Network.