Survey: Majority in Germany thinks introducing a Basic Income is a sensible idea 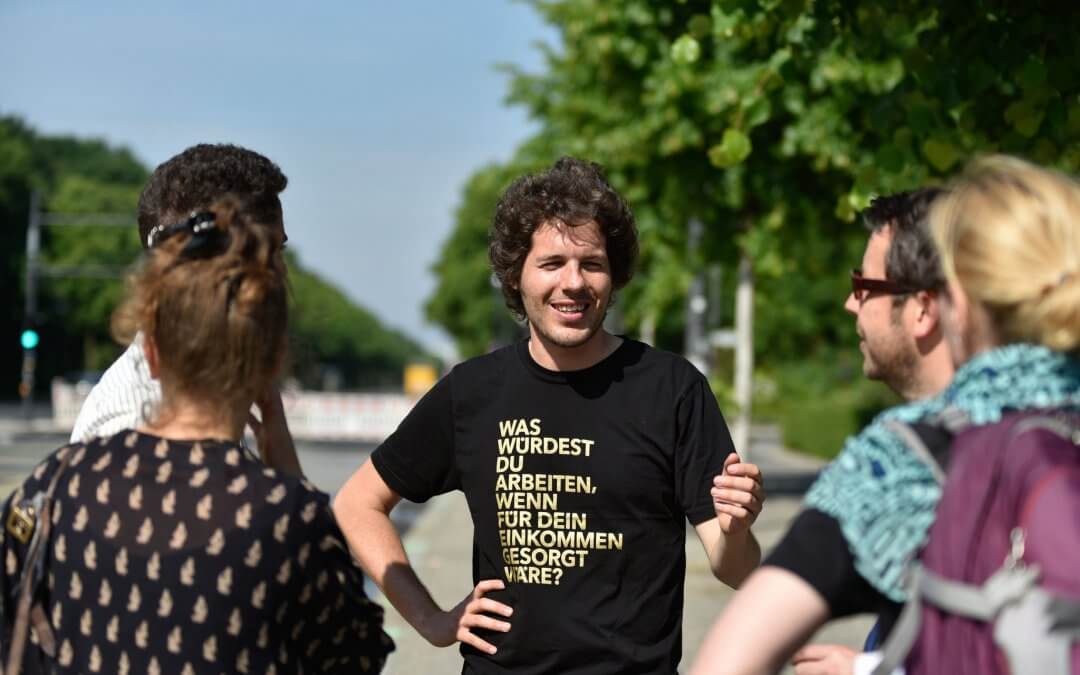 A representative survey found that 58% of Germans think that the introduction of an Unconditional Basic Income is a sensible idea – with some reservations, depending on how the concept is presented. On average, people thought that a Basic Income of €1,137 a month was appropriate. With a Basic Income of €1,000 a month, 1 in 10 people currently working would choose not to work anymore.

Two thirds of people in Germany were familiar with the term Unconditional Basic Income. After having read a definition, on average a majority of 58% of German citizens would be in favour of introducing a Basic Income. However, the survey showed how much influence context has in forming political opinion: if the definition mainly described benefits of the idea, 64% of German citizens were in favour, if however the definition mainly described negative aspects then only 46% were in favour.

The three different definitions used were the following:

The level of Basic Income considered appropriate by German citizens was on average €1,137 a month (this is almost exactly the at-risk-of-poverty threshold for Germany calculated by a number of German and European institutions). Here the respondents sense of social justice played a major role. People who thought that the world was generally socially just suggested a level of €1,093, whereas those who thought the world was less socially just thought €1,239 was appropriate.

The introduction of an Unconditional Basic Income would have drastic effects on the labour market. Depending on the level of Basic Income up to 38% of people working in Germany would change their career or their employer, reduce the number of hours worked or even choose not to work at all. Of those currently working who have a professional qualification, one quarter would consider giving up their career completely. Among academics however, only one fifth would consider not working at all. “This means that the introduction of a Basic Income could potentially exacerbate the current skills shortage of some professions in Germany.” according to study leader Nadine Corleis of Spelndid Research.

An Unconditional Basic Income could have a positive effect on community engagement in Germany. Nearly a third of German citizens, if they had support from the state, would consider moving to regions with lower rent prices and lower costs of living and work there voluntarily or start a business. “This could lead to growth in regions which in recent years have seen populations decline” Corleis goes on to explain.