Reflecting on the critical global challenges that we are soon to confront, it is important to consider the repercussions that an Unconditional Basic Income (UBI) for all European citizens would have for entrepreneurship, progress, fairness and sustainability, and to define a realistic, clear and consistent liberal approach.

by Vladan LAUSEVIC and Jorge TANARRO

Our society is undergoing a massive paradigm shift in which traditional beliefs in the necessity of work as a ‘dignifying activity’, or in the unfairness of receiving ‘free money’, or in the ‘lazy nature’ of human beings, deeply rooted in our culture, are about to change.

Rutger Bregman, the author of Utopia for Realists, tells us that 37% of British workers think their jobs are meaningless. As machines take over human labour, we are struggling to find the sense and purpose in the work we end up doing. Jeff Hammerbacher, a brilliant data scientist who used to lead the data team at Facebook, said: ‘the best minds of my generation are thinking about how to make people click ads.’ Machines are not taking the jobs we do not like or do not want to do. They are taking expensive jobs that are cheap to automate.

Mark Zuckerberg said that ‘we should have a society that measures progress not just by economic metrics like GDP but by how many of us have a role we find meaningful. We should explore ideas like Universal Basic Income to make sure that everyone has a cushion to try new ideas.’ We should be listening to our greatest entrepreneurs for new ideas about how to unlock the human potential that can make the world a better place through innovation and entrepreneurship.

As the most cherished value of true Liberals, liberty must be the overarching priority.

The latest technological developments in artificial intelligence and automation will have a disruptive impact in the labour market. However, for this impact to be called technological ‘progress’, it should be taking the meaningless jobs, so that we have the freedom to do something that we actually consider valuable in our unique and limited lives.

The socio-economic system we have today in the European Union is not broken nor defective; in fact, it is probably one of the greatest human achievements in history; but it is also one of the most fragile – so could the UBI make it much fairer and more resilient?

By covering the most basic of Maslow’s hierarchy of needs, the UBI would give citizens the freedom to refuse a job and to work for free in something they consider meaningful without risking their own survival. The labour market would be impacted because meaningless jobs would attract far fewer candidates (becoming more expensive) but meaningful jobs would attract far more candidates (becoming cheaper). Automation would continue to be focused on making expensive jobs cheaper, so it would end up dealing mainly with meaningless jobs as soon as these become more expensive. We would be reshaping technological development and automation with no need of new specific regulations or ‘robot taxes’.

Technological development should be able to improve the efficiency of our administration by simplifying its processes and universalising its benefits whenever possible, thus aligning fairness and freedom.

Inequality has been on the rise in most European countries and it is expected to become even worse in the near future, not least as a result of the growing influence of the internet, artificial intelligence and automation. While these technologies undoubtedly have their benefits, they also have the potential to be used by big corporations and governments to reinforce their position of power and to try to establish new monopolies or consolidate the existing ones. The dynamics between technological progress and the availability of cheap labour will tend to either reduce wages even further or slow down technological development.

A sound and solid common European policy that reaches out to every single European citizen is needed to guarantee the safety net that citizens will require while facing the challenges of the future; and a shared Euro-Dividend would create a sense of solidarity among all Europeans, regardless of place or age.

A Euro-Dividend could comprise a UBI for all European citizens funded by the revenues produced by European natural resources and natural monopolies, where the first supplier has an overwhelming advantage over potential competitors (e. g. water services, electricity or transport nodes), following the Alaska Permanent Fund model.

In Alaska, everyone receives an annual cash dividend that represents their share of the revenue derived from the oil reserves of the State. The beauty of this model is that it is not about the right to receive an agreed amount of money from the State at the end of every month but about recognising instead that citizens are stockholders who receive dividends depending on the revenue derived from those common assets. This way, the rent is diverted directly to the citizens before any of it reaches governments or corporations.

The European Fund would reflect the value of European cooperation by making the citizen the direct beneficiary of a dynamic European economy. The dividend would allow society to absorb changes more smoothly and to adapt little by little to their impact. The irregularity of its amount and risk component of its financial nature might help citizens understand that the Euro-Dividend is not free money but actually the product of a very complex and fragile socio-economic system in which everyone has a stake: as the system thrives, the dividend rises, but if the system struggles, the dividend will diminish.

A real Euro-Dividend for the Eurozone could be based on the revenue derived from a European Fund managed by the European Union that would be growing over time as it absorbs part of the EU budget dedicated at the moment to the support of underdeveloped EU regions and disadvantaged sections of society (49.3 billion euros in 2015) and to the production of safe and secure food supplies, innovative farming and efficient and sustainable use of land and forests (59.45 billion euros in 2015); getting progressively larger shares of European natural resources and European natural monopolies. The wealth of European natural resources and European natural monopolies would finally belong, literally, to the European citizens.

The smallest minimum salary of the Eurozone as of 2017 is 380 euros per month, so the Euro-Dividend should not initially cross that threshold in order to avoid a severe impact on the most fragile economies of the area. A good start could be a Euro-Dividend of ⅔ of the smallest minimum salary of the Eurozone, meaning 250 €/month, that could then be independently complemented by national governments or local administrations.
As there are around 340 million Eurozone citizens, the annual revenues of the European Fund would, therefore, need to amount to around 1.020 billion euros.

In order to reach the magnitude of the amount in a reasonable time scale, Eurozone countries would need to make an initial ‘in-kind’ contribution to the European Fund. So, what shared European resources could finance it in order to avoid reverting to using taxpayers’ money?
Well, let’s think elemental:

Air
The air is a resource shared by all citizens of Europe that produces concrete revenues:

Water
Water is a scarce resource and at the same time the border that delimits our continent. Potential revenues arise from:

Land
The Alaska Permanent Fund model is based on oil and gas. Based on this idea, we could consider other mineral natural resources or even other land uses like, for example, the natural parks, and natural monopolies, such as railways, highways, dumping sites (waste management), etc.

Fire
Energy and data would be the fourth element sustaining our civilisation. Scott Santens proposes the ‘netizen dividend’ or ‘data dividend’ with intellectual property and big data in mind. There are currently substantial revenues derived from the management of:

The Euro-Dividend is not just ‘free money’. It could actually be one of the greatest achievements of humanity on its quest for autonomy and liberty, made possible only now by technological progress.

As we have seen, the Euro-Dividend would have important repercussions for entrepreneurship, progress, fairness, sustainability, European integration and even the regulation of monopolies. This single policy has the potential to tackle all these problems at once: empowering, not restricting; co-operating, not competing. 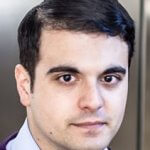 Vladan Lausevic is a former Assistant Professor in European Studies. He lives in Stockholm where he works as a social and political entrepreneur including the topic of basic income. 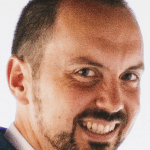 Born in Madrid and currently living in Amsterdam, Jorge Tanarro has a master’s degree on industrial engineering and eight years of experience working as civil servant for the public administration. He is studying now the last year of the bachelor’s degree on Philosophy at the Spanish National University of Distance Education (UNED).