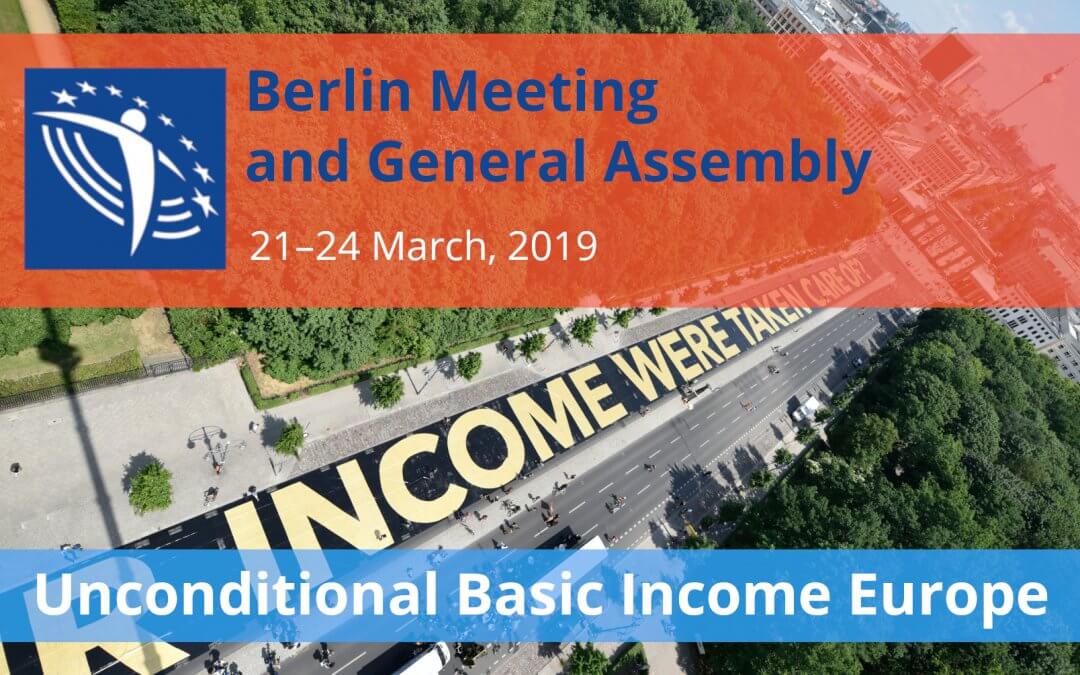 In just a few months time, citizens across Europe will be asked to elect a new European Parliament. As citizens, we aim for a new majority that wants to re-build solidarity in the EU and is open to discuss basic income as a new basis for a social Europe. So the focus of Unconditional Basic Income’s 2019 General Assembly – besides of electing a new Core Group – will be on possible campaigns before and after the elections.

The Meeting will take place in Berlin, Germany, 21–24 March, 2019. The planned program (details to follow here) so far is: