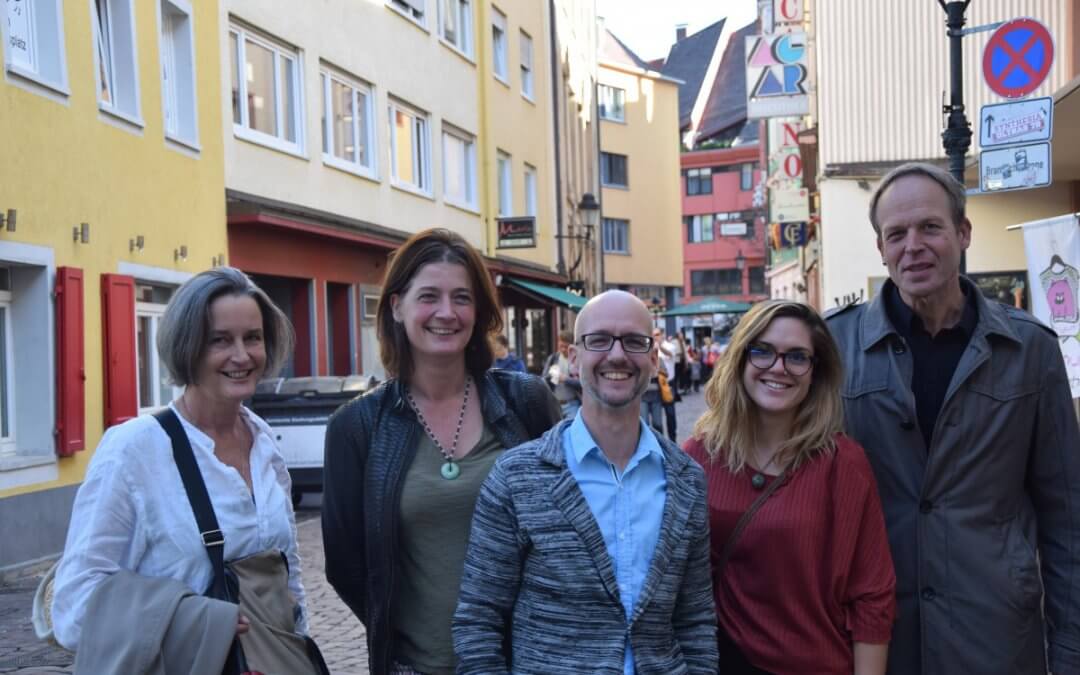 Conference at the University of Freiburg

In October 11-12, 2018 about 50 participants from both social sciences and Basic Income movement all over Europe met at an interdisciplinary conference at the University of Freiburg, Germany. They discussed the Euro-Dividend as sociopolitical pillar of the EU and its member countries.

The public debate about a Universal Basic Income (UBI) is usually a national one. In recent years, though, a European version of a UBI attracted more and more attention – primarily pushed by a suggestion of Philippe Van Parijs titled by him as a “Euro-Dividend”.

The conference aimed to shed light at pros and cons of a EU wide UBI regulation and its relation to national approaches from an interdisciplinary perspective. The first day the conference addressed general issues of a UBI while the topics of the second day were the Euro-Dividend and other EU-related concepts.

As one result some participants agreed upon forming a scientific working group on the issue of the feasibility of a Euro-Dividend.