Living with basic income: Impressions from the 19th BIEN Congress in Hyderabad, India 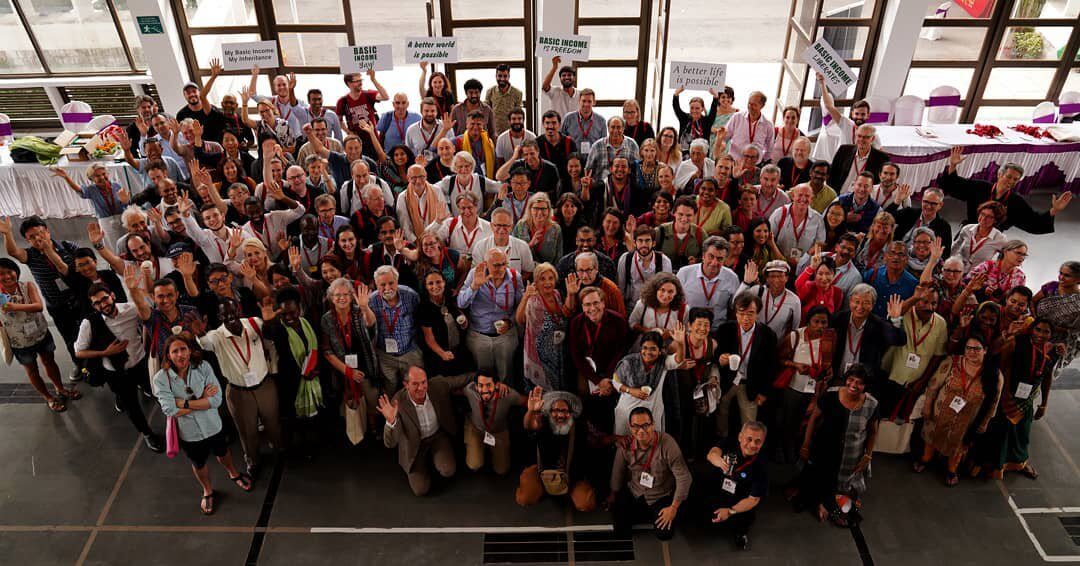 The emphasis of the 19th Basic Income Earth Network Congress that took place in Hyderabad, India between 22-25 August 2019 was on hearing from participants from basic income pilots around the world.

There were moving testimonies from Kenya, India, Ontario, and Germany about the benefits people felt during their time with a basic income. They talked about the relief from stress, the empowerment of women, the ability to get out of debt slavery and make better use of other resources around them, start or concentrate on building their own small businesses.

Renana Jhabvala, President of the Self-Employed Women’s Association (SEWA) in Bharat, spoke in another panel about how many women, who were already working hard on farms and in family businesses, didn’t think they were doing anything before they got a basic income during the pilot, but recognised their work and contribution once they did.

All of the sessions were filmed, and these will be online soon. For more information, photos and films follow the 19th BIEN Congress Hyderabad Facebook page.