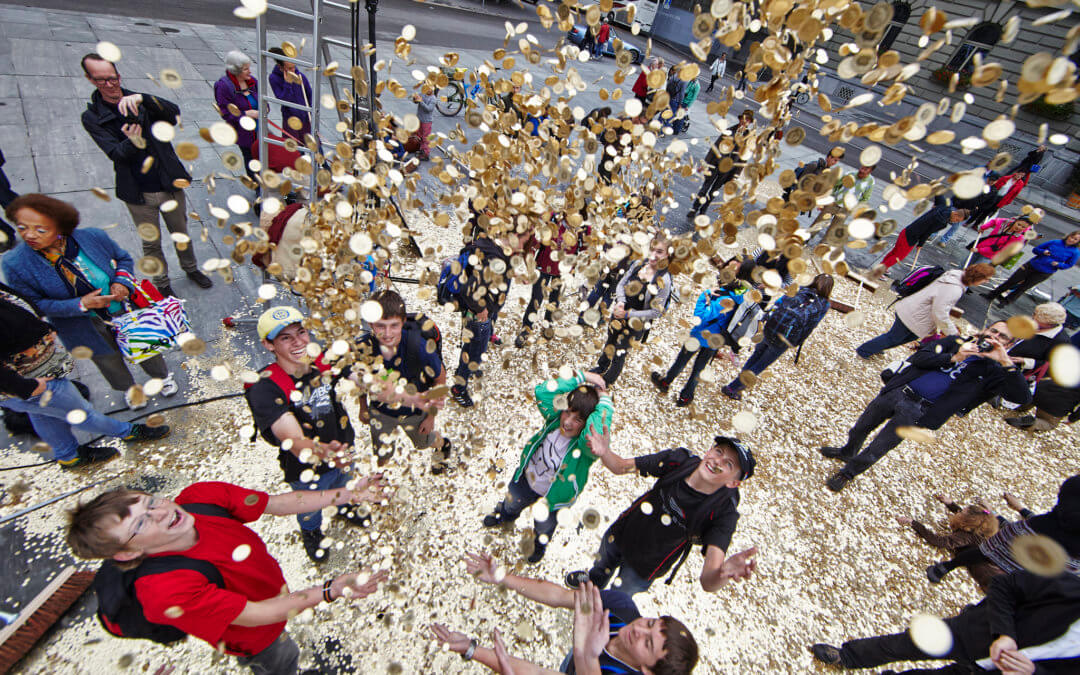 Citizens across Europe expect European Council to include basic income in their plans to boost EU economy, a new transnational YouGov poll commissioned by UBIE and WeMove finds.

Brussels, 9 December 2020 – A new poll by Unconditional Basic Income Europe (UBIE), WeMove Europe and YouGov shows that around two-thirds of Europeans want governments to put in place a Universal Basic Income (UBI) where every person in the EU receives a direct cash payment every month, implying European leaders discussing post-COVID-19 recovery at European Council (10-11 December) should include UBI in their plans to boost the EU economy.

“A basic income for all is the best answer Europe can give to the pandemic. Political leaders are scrambling to figure out how to deal with the economic impact of covid on millions of people, but the answers are already there staring us in the face. One of them is a basic income for all Europeans, those who have been hit and those who could be hit in future. Because this crisis is far from over and we don’t want history repeating itself like in 2008, when the financial crisis destroyed countless lives. Are Europe’s leaders going to keep scrambling or focus on viable solutions that already have the support of a vast majority of European voters and economic experts?”

The survey was conducted independently by YouGov in 6 European countries – France, Germany, Italy, Poland, Portugal and Spain – where people expressed strong support for a UBI and would like their governments to set up a pilot project. The poll found that two-thirds or more of respondents in the six countries were in favour of pilots and a national basic income system, with support ranging from 52% in France to 83% in Portugal. Women were generally more supportive, particularly in Germany, France, Italy and Spain.

The poll results come days after the latest Eurostat figures indicate that EU unemployment in the 27 member states has reached 7.6% in October, showing a steady increase over the past 6 months and the beginning of the pandemic. The European Commission’s own forecast projects the unemployment rate in the EU to rise from 6.7% in 2019 to 7.7% in 2020 and 8.6% in 2021, before declining to 8.0% in 2022.

Over the past year, the idea of a basic income has steadily gained momentum especially to overcome the negative impacts of the COVID-19 pandemics on people’s lives and jobs. The UBI has been supported by experts like Nobel Prize economy laureates Esther Duflo, Angus Deaton and Christopher Pissarides, economists Thomas Piketty and Guy Standing, and Pope Francis.

Basic income trials conducted so far show that UBI is not only a key element in times of crises, but has got longer term proven impacts on people’s lives, as it promotes equality, future proofing economy, allows more time for yourself, better working conditions, and an end to means-tested benefits. Receivers of basic income in countries where it was already tested, like Italy and Finland, also reported improved wellbeing, with depression reduced by almost a third, more people receiving the UBI going into education, and an increased trust towards other people and institutions.

UBIE and WeMove launched a Europe-wide petition calling on the European Commission to start a UBI pilot project as a concrete step towards post-COVID-19 recovery and to address job losses and the rise in unemployment which have been putting severe strains on the livelihoods of many Europeans.